The US has had its fair share of presidents some good some bad. Remember all forms of government are evil, anytime you have a body that ruling another body it is evil. Our founding fathers address this very first thing, it is evil but necessary. Every president every elected official is evil by default while in office. With this in mind we have comprised a list of our top five worst United States presidents who have set the stages for tyranny and loss of freedoms to the oligarchy.

In the Past 240+Years the United States has had 45 Presidents there are arguably worse presidents, this is just the 2cents lists.

A one term President Benjamin Harrison Grandson of President William Henry Harrison. Made the the first grandfather grandson duo for President. He helped paved the way for national forest reserve but that’s about were all the good ends. Harrison was a crony politician that worked heavily to control businesses and corporations he used the Sherman anti- trust act to break up monopolies. This doesn’t seem bad on the surface but it ultimately set further precedents to support crony capitalism. He entered the political office when High taxes were gaining revenue for the government and for the first time in history that revenue was being spent without lowering the taxes. Setting the precedent for perpetual taxation and debt. Becoming the first president in U.S. history to see a federal budget eclipse $1 billion. He helped Ohio governor pass the McKinley Tariff, which boosted average duties to historic rates, is believed to have eventually contributed to the Panic of 1893. Benjamin Harrison was not the cornerstone of corruption in our government but he was a small bend in the road to lead us to the corruption we face today. 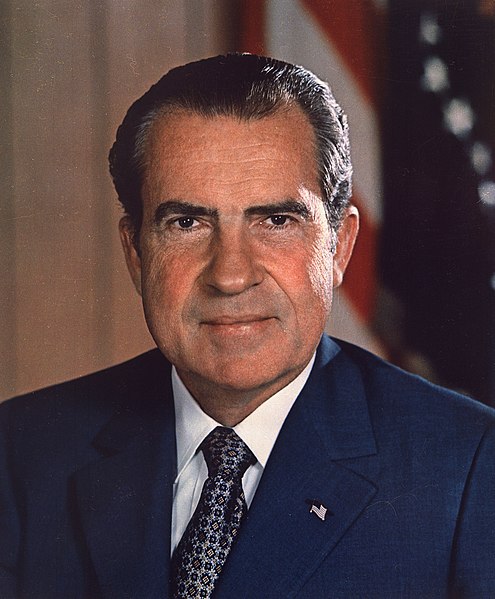 Nixon is most well known for the Watergate scandal and his war on drugs. Even Nixon’s domestic policy advisor John Ehrlichman was quoted saying Nixon’s campaign targeted the “antiwar left and black people.” Nixon created the perpetual welfare machine that ultimately incentive’s drug smuggling and drug use. This lead to a growth in prison sentences and targeted patrol on black communities. Allegedly during this time the US government smuggled heroin and other narcotics into inner city america and raised taxes and budgets to stop it.  Nixon also grew the powers of government creating more regulatory agencies that oversee functionality and operations of private businesses furthering crony capitalism in America.

We would need an entire short book to fully describe the next 3 but we will do our best to keep it short.

Depending on your views of the roles within the government you may think FDR would be one of the top 5 best president, It really boils down the the old Hamilton vs Madison debate. We obviously stand with Madison because humans have proven to be a little less than trust worthy. None the less FDR makes the list at number 3 for his further expansion of government powers and mainly executive powers. He made socialism main stream, were presidents before him hid behind perverted views of the constitutions he brought the socialism out. He continued the works of Wilson and Lincoln. During WWII he had internment camps for Japanese Americans.

There is one reason we do not have President Wilson as the worst president in history. It’s simple because his policies were a continuation of Lincolns agenda. Leading us into WWI Wilson used this war to his advantage to further crony capitalism in the USA. He nationalized the industries Lincoln fought to have. He nationalized industries such as  the telegraph, telephone and railroad, and distribution of coal. He set the precedent for a global police state, Woodrow Wilson not only manipulated government to get involved with the war he then used the war to manipulate the governments roles and powers. Straight outta Lincoln’s play book and that brings us to our #1

Abraham Lincoln is number 1 on our list of worst presidents.

Ol’ Honest Abe, his greatest achievement wen’t against his own beliefs and became one of  the greatest blessing to this country thanks to true abolitionist. Abe Lincoln may have had his heart heading in the right direction in a time of uncertainty and unrest in the nation but as president he started the worst precedents this country has ever seen. He paved the way for Government overreach, he started the first greenbacks that lead to our federal reserve. He enacted the first unconstitutional draft, fought a war over westward expansion and government control over businesses and economy. Lincoln set the precedents that lead to the energy monopoly and the restriction of self sufficiency. Lincoln in our books is considered the first socialist/communist president in US history.  Most the issues we face today were created because the precedents Lincolns administration set during the civil war. He is the Cornerstone of Tyranny.

You may have missed

10 essential items for your camping trip